A few weeks ago, the author Stephen King addressed a fascinating concept, 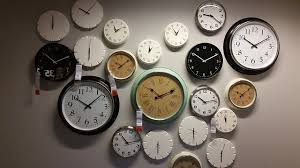 can an author be too productive?  In this article with the New York Times, King states that sometimes speed is associated with sloppiness and bad writing.  The best example of the opposite side of the spectrum is George R. R. Martin who waits a near eternity between books.  This can drive readers crazy!  But I wonder if this tactic is truly based upon his ability to craft
stories, or if it creates a buzz.  King states that he has no way to justify his speed, other than he never had any choice.  The ideas came to him too fast and he couldn’t get the words on paper fast enough, which led to his book, The Running Man, being written in one day.  He emphasizes that speed is not always bad, it depends on the author.
As a reader who has multiple favorite authors, I am in favor of the speed.  I want to read the next book and I sure as heck don’t want to wait 15 years in between novels!